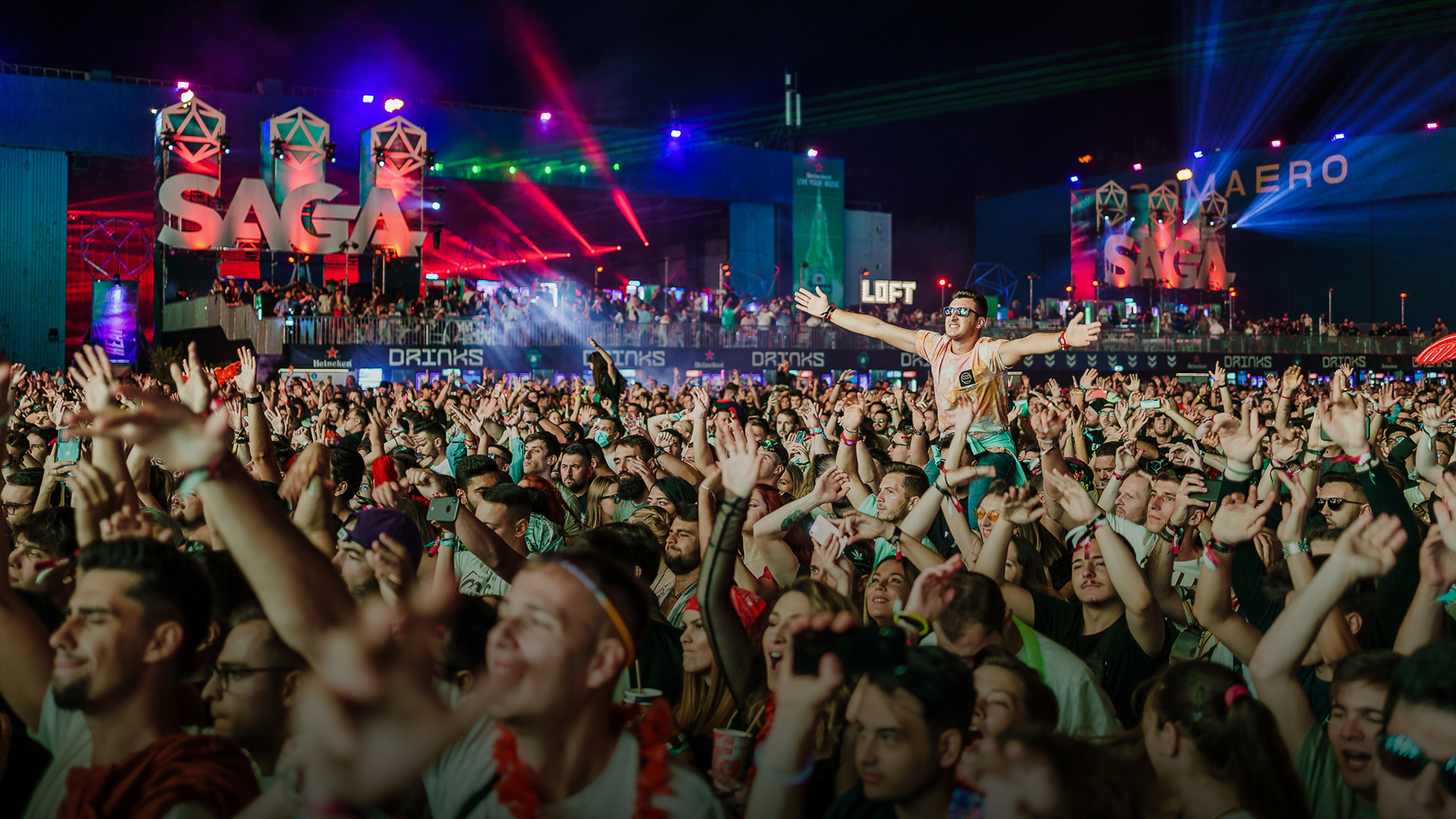 After a long period of silence in the dance industry, SAGA put us to the test again. When we took on this project, we didn't know that this job would have such a big impact on the team. The disappearance of the local party and our role that changed from just engineering and supervision to the entire realization of the mainstage and many other constructions ensured that we could sharpen our pencils.

The design of the mainstage was ready, various custom constructions had already been produced, including the impressive icosahedron, which was developed in-house together with T&E Support and Interal. So we knew exactly how much material we needed for all the constructions. The challenge was to get these quantities of material from somewhere in such a short period of time, and to get them to location. We felt that it was already five to twelve and not a single 207 ledger had been transported yet. Layher Romania, Van Ham and CoreWorks formed a trio to supply the material for all constructions.

Over a period of 3.5 weeks we built, drew, made adjustments on location, enjoyed the event and finally broke it again. This would never have been possible without the help of our 28-strong crew! Looking back at SAGA, we were able to unleash our complete arsenal of tools and knowledge on this production. From 3D scanning of the location, engineering, custom production of the Icosahedron, the realization and ultimately the kick we get to successfully complete a project together.

let’s create something together, say hi